3 September 2021 0 By Bambam
Unfortunately, the eastward shift trend in the center line track continues and that means more of Metro New Orleans will experience wind gusts to 75-80+ during the daylight hours on Sunday.  Could that shift stop and switch back a little westward?  Sure, but models have been in remarkable agreement with this storm and they all agree (consensus) on the eastward shift.  Here’s the new track versus the old. 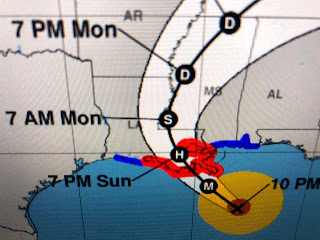 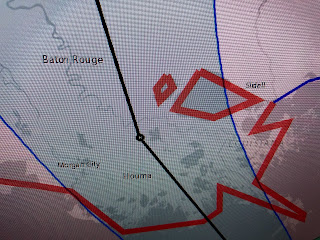 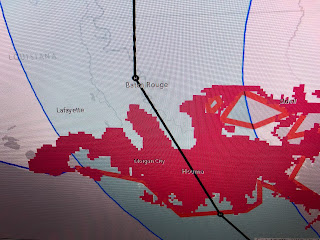 The middle map is the newest center line track.  The bottom is from 4 PM.  The the center line was over Houma then baton Rouge.  The newest (middle map) is shifted 15-20 miles to the right (east).  What does that mean?  The eye wall winds (100+) will now be over Grand Isle, Lafitte, Kenner, Covington up to Folsom.  IF this shift verifies, Morgan City/Berwick and even Houma/Thibodaux would see lesser impacts since they would be on the weaker side of Ida.  However, there is still time for that center line to shift back to the west.   NHC is keeping Ida’s max winds at 105 mph despite the central pressure falling 5 mb in 4 hours down to 964.  Satellite views tell a different story. 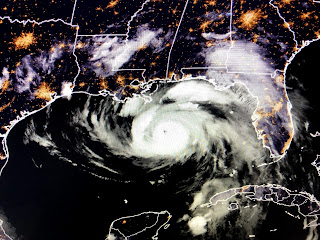 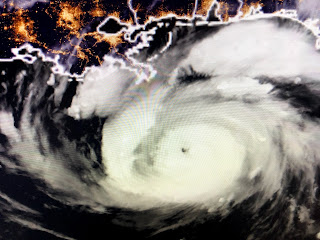 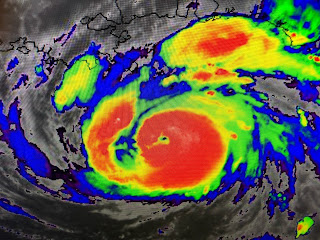 The eye clearly stands out and the color IR view has the “donut look” starting to form with a circular eyewall around the center. Ida may already be a Cat. 3, but there was mechanical issues with the Recon plane so we haven’t had new data since 8 PM.   The radar view is less impressive, but that’s because Ida’s circulation is just coming into range. 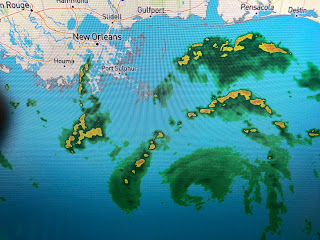 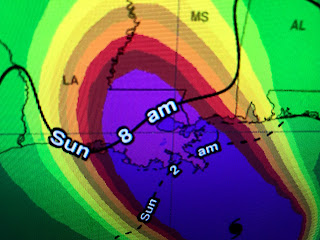 The timing of strong winds hasn’t changed with tropical storm force winds arriving along the coast after midnight and up over the city around daybreak and to the North Shore before noon.  It will not be safe to be outside after 9-10 AM with the strongest winds happening between noon & 8 PM for most of us.  that means Ida will make landfall during the daylight hours.   I won’t go over the impacts since you can find that on all the local channels.  My personal feelings believe the centerline will end up back farther to the west.  That is based on what I’m seeing watching satellite & radar loops, plus seeing the forward speed not slowing down (NW 16).  This will be a major impact storm for many, but it will be life altering for those who get into the eye wall.  Several of you took offense at my use of “Monster” on my last post saying I was scaring you.  My intentions were just that.  Fear often gets people to change their minds regarding evacuation.  My intention was to get those able to leave, to leave.  Sorry if I scared those of you unable to leave.   My experience after a big weather event is people scream out…”why didn’t you tell us it would be this bad”.  Fact is, we did but you chose to hear only what you wanted to hear.  Again, this will be a MONSTER storm for some.  There is still about 4-6 hours to drive out and escape the effects of Ida.  If you can, go.   I’ll post in the morning before 8 AM.  Stay tuned!